As mentioned in the last Inside Soft Magnetic Materials I, though both of the materials are called soft magnetic materials, FeCo50 is more excellent than CR1010. How can we judge a soft magnetic material’s performance quantitatively? In fact, all the information can be obtained from the B-H curve which depicts the variation of magnetic flux density (B) with the external magnetic field strength (H). 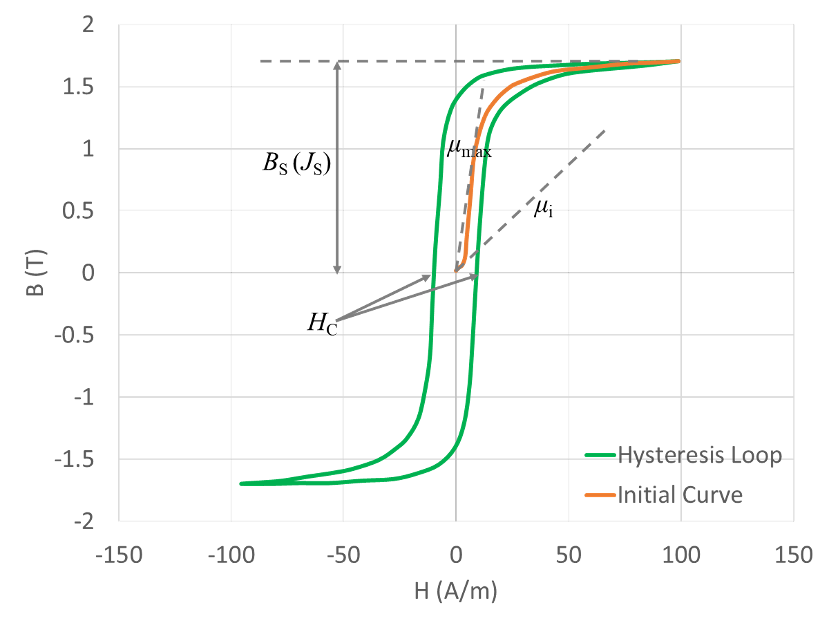 As shown in Fig. 1, the B-H curve can be thought as composed by two parts, i.e., the initial curve and the hysteresis loop. The initial curve starts from the origin, B increase with H in moderate rate firstly, the slope of the initial curve at the origin is named as initial permeability, μi. B then experiences a steep increase, but finally, the obvious trend of increase disappears gradually. The maximum ratio of B/H is named as maximum permeability, μmax. The value at which B stops increase noticeably is called saturated flux density, BS. In fact, BS is a disastrous definition. There is a relation between B and H, B=J(H)+ μ0H, where J is called magnetic polarization and is a function of H which measures the magnetization degree of the material, and μ0=1.25x10-6 is the permeability of the vacuum. We can see that B will always increase with H so that can never be saturated, what can be saturated is the magnetic polarization J, which will increase steeply with H at first but whose value has an upper limit no matter how strong H is. Fortunately, since μ0 is so small, and the magnetic field H felt by most of the soft magnetic materials will not be too strong, B and J will be undiscernible for most case. Because most of the electrical engineer would prefer to use BS, we also adopted this abbreviation in this article. After being saturated, when we decrease H, B will not retreat along the initial curve, rather, the decrease of the B is postponed as compared with the initial curve. As a result, B will follow along the green curve, named as hysteresis curve. The value of H at which the hysteresis curve intersect with the abscissa is named coercivity, HC. 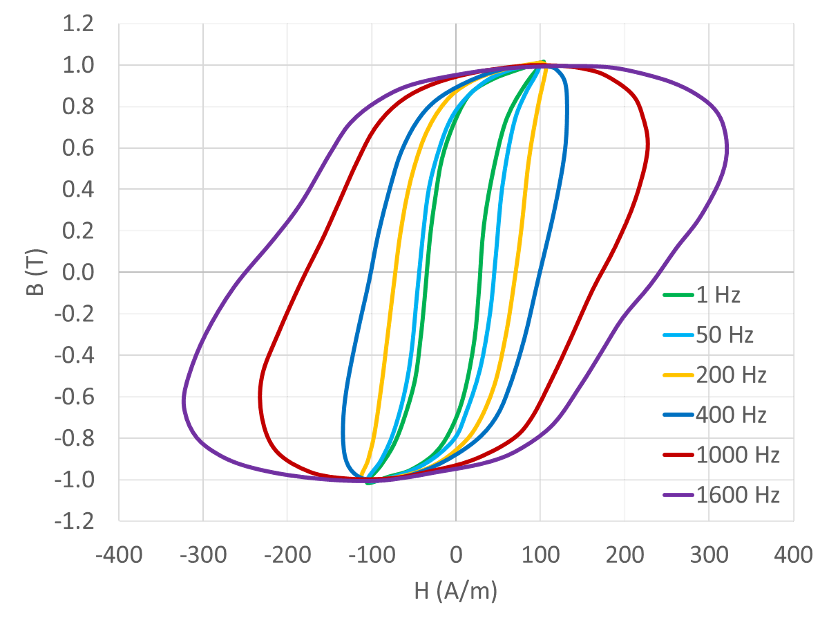 Figure 2 The variation of the shape of hysteresis loop with increasing excitation frequency. The higher the frequency, the fatter the loop.